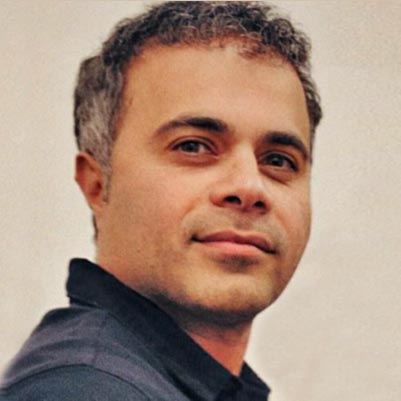 Reza Esmaeeli is an Architect currently practicing in London. Since 2001, Reza has lead the design of a variety of architectural, interior design and urban design projects, as well as fine jewellery collections in Zaha Hadid, Sepanta Design, Chetwoods and Khesht AC. His design and research work has been published in most notable architecture and jewellery design magazines.

Reza began his architectural career in Tehran and was head of atelier in Khesht AC for two years. He joined the Zaha Hadid studio in London in 2008 where he acted as the Project Architect for large-scale projects such as 95,000m² Beko mixed-use & Residential Complex in the Serbian capital, Belgrade, and the Opus Boutique Hotel in Dubai, UAE. Other projects include the Eleftheria Square in Nico­sia, Cyprus, Dominion Tower in Moscow, Russia, the Darat-Al-Funun Gallery in Amman, Jordan and the Phi Office Tower in Dubai, U.A.E.

He led the design team in prestigious architectural design competitions such as the Belvedere Hotel in Dubrovnik, Croatia and Wuhan Garden Expo in Wuhan, China. He was also involved in other design competitions such as Daily Newspaper Headquarters in Guangzhou, China, Federal National Council in Abu Dhabi, U.A.E, and KARO Master Plan in Sofia, Bulgaria. Reza founded Sepanta Design in 2016. 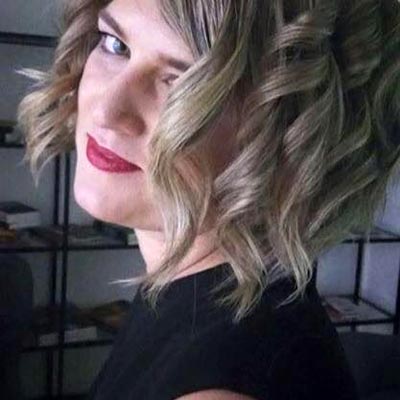 Yevgeniya started her career in Ukraine where she graduated with BA and MA degrees in Architecture and Urban Planning, and worked at an architectural studio in Odessa. In 2007 her passion for innovative architecture and the desire to participate in pioneering projects led her to London.

She resumed her architectural career at a high-profile design-lead office, Zaha Hadid, after graduating with MArch Degree from the Architectural Association in London.

Yevgeniya’s decade-long journey in the field of architecture, covers various areas of architectural design from small-scale residential projects to high-profile large-scale projects in North Africa, China and Middle East. Cultural Facilities became her expertise and during the last five years she worked on a number of projects such as competitions for the Dance and Music Centre, Netherlands and Jiangsu Grand Theatre, China and projects of Chengdu Performing Arts Centre, China and Rabat Grand Theatre, Morocco. 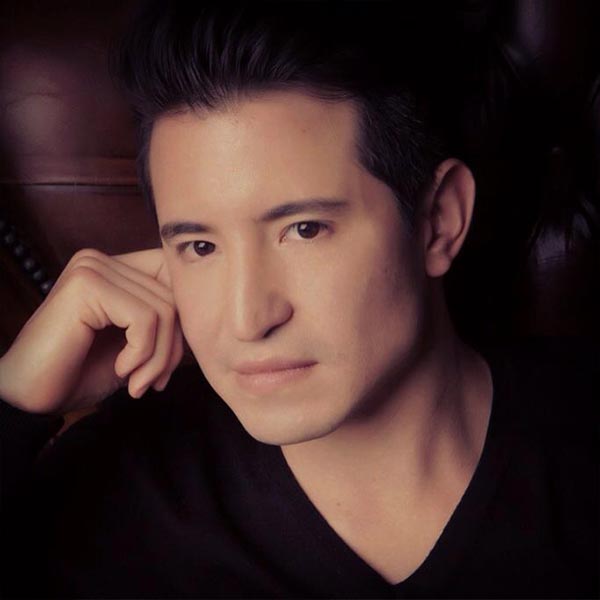 Carlos is a senior design architect, who plans original and innovative solutions for mid to large scale projects across varied building types in Europe, North America and MENA region.

In Zaha Hadid Architects, Carlos acted as Design Architect for a varaiety of projects, focusing on conceptual designs. He Created and expressed formal concepts that were aligned with ZHA’s iconic design philosophy.

Carlos worked in SSH in Dubai in 2015 as Lead Designer of the new Studio. He lead multiple concept stages and has won competitions for important large-scale projects that are under construction in MENA region. Some key projects are Al Wasl HQ in Dubai and the 40 floors resdential building Tower 13 in Kuwait. 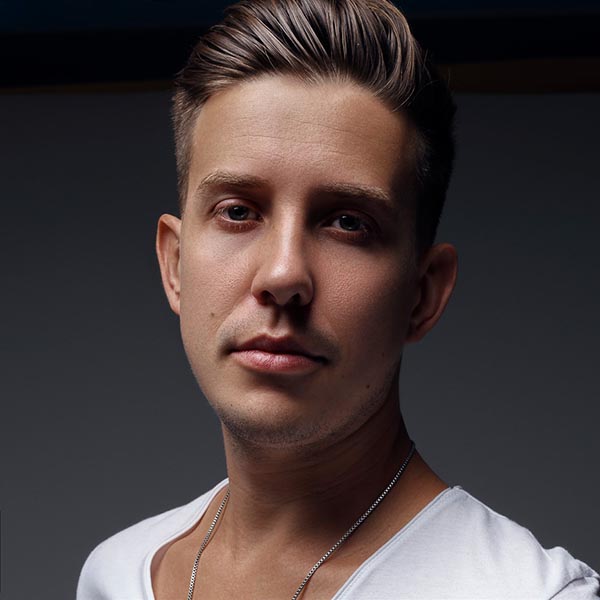 Sergey’s design portfolio reflects over 10 years of international experience in architecture, interior and product design fields. Dynamic and ambitious architect, who devote all his life to become an artist.

Sergey joined Zaha Hadid Architects in 2014 and since
then has been involved as a concept designer in a number of commercial and residential projects across the US, EU, Asia and Russia. Prior to that, in AiBuild, he had successfully delivered design proposals for robotic technologies based on large scale additive manufacturing.

In 2016, Sergey founded an advanced design unit, Mospace, based on algorithmic-driven design projects, digital art and creative programming. Along with architectural practice, Sergey is currently developing his art career as an abstract artist. 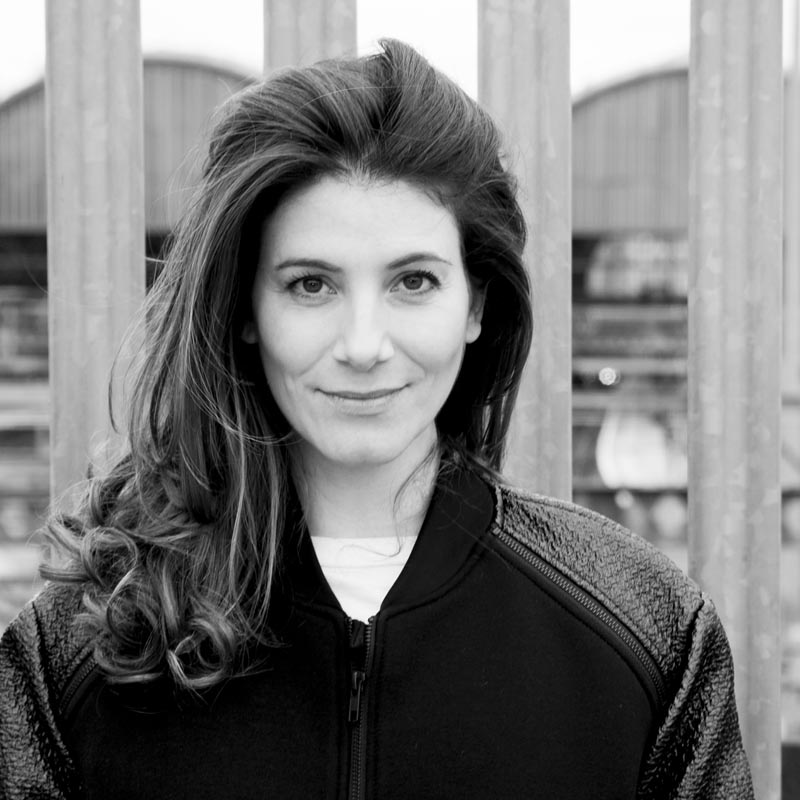 Laura Micalizzi is an Interior Designer collaborating with a number of agencies and artists in London. Laura graduated from the Politecnico di Milano in 2004 completing an MSc Degree in Industrial Design. She Joined the choreographer Angelo Jelmini at AAAHHHAAA Studio in Milan designing Fashion Shows and Events for clients such as Missoni and Vanity Fair. In 2006 Laura moved to London where she joined Data Nature Associates and collaborated at the development of a range of boutiques for shoe designer Manolo Blahnik.

In London, Laura also worked for Imagination, one of the most established Event and Design Agencies. Here, Laura participated at the Ford Global Exhibition Programme delivering a number of events and projects for stands in Geneva, Paris and Detroit. At Imagination she also worked on various bespoke interiors projects for clients such as Asics, Visa and Samsung. Laura then joint Zaha Hadid Architects, to work on Opus residential and hospitality interiors.

Since 2012, Laura has been collaborating with established brands and artists such as 3M, the Fédération Internationale de Volleyball and for the Japanese artist Mariko Mori. 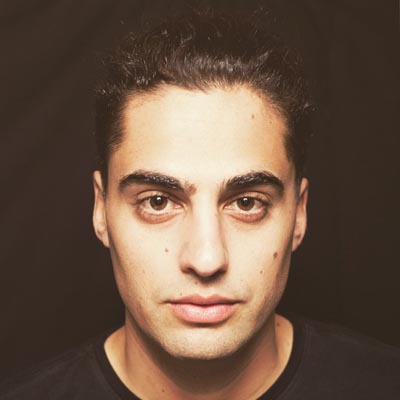 Bruno Martins Pereira, is the co-founder of creative studio, Spacegram, in Lisbon and holds a master degree in architecture. With the desire of discovering new realities, Bruno worked in cities like Berlin and London, for leading practices such as Zaha Hadid Architects.

With a passion for design and innovation, Bruno´s experience range from architecture, furniture design and jewellery design, merging technology and craft with the sole purpose of creating beauty. 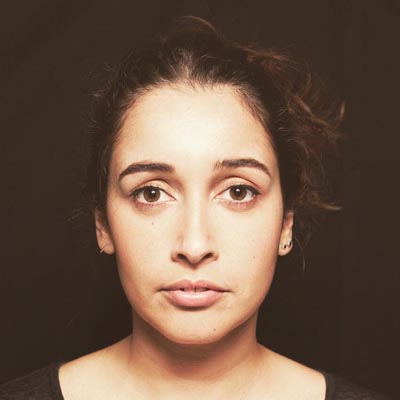 Lisbon based Ana Ferrão is the co-founder of Spacegram Studio. With a background in architecture and urbanism Ana lived in cities as Berlin, Zürich and London working with awarded studios like Wiel Arets and Snohetta. 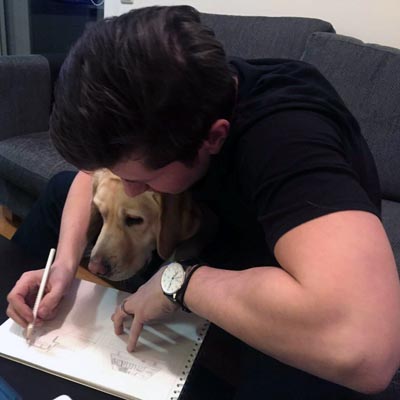 Michail co-founded AiBUILD in 2015, a London based company that focuses on improving the way we make and experience our built environment. AiBuild develops innovative products and technologies that push the boundaries of automation and human-space interaction.