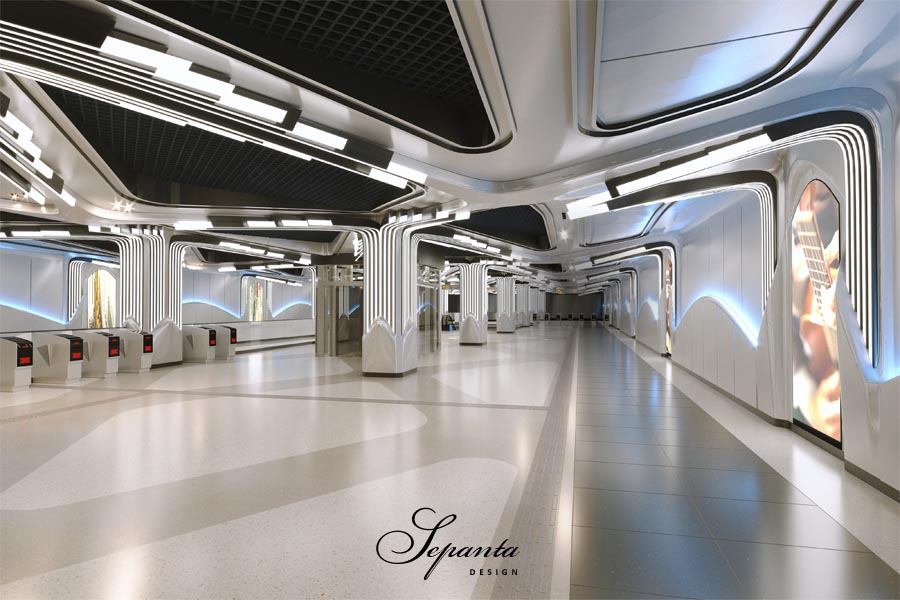 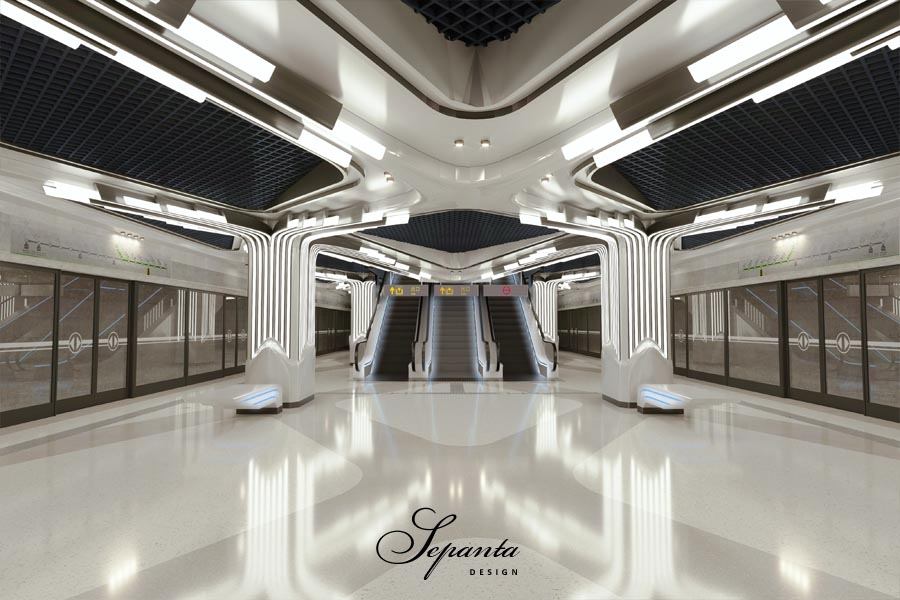 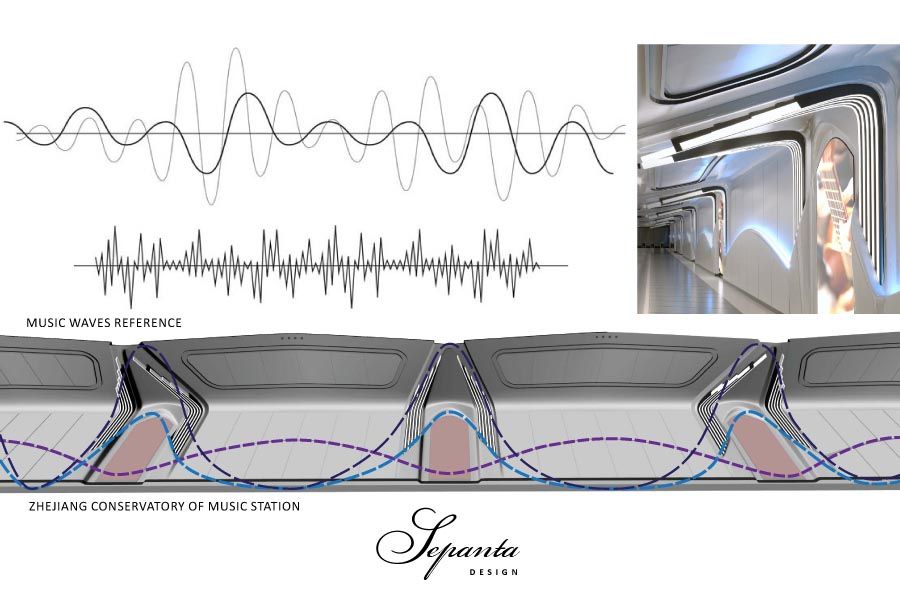 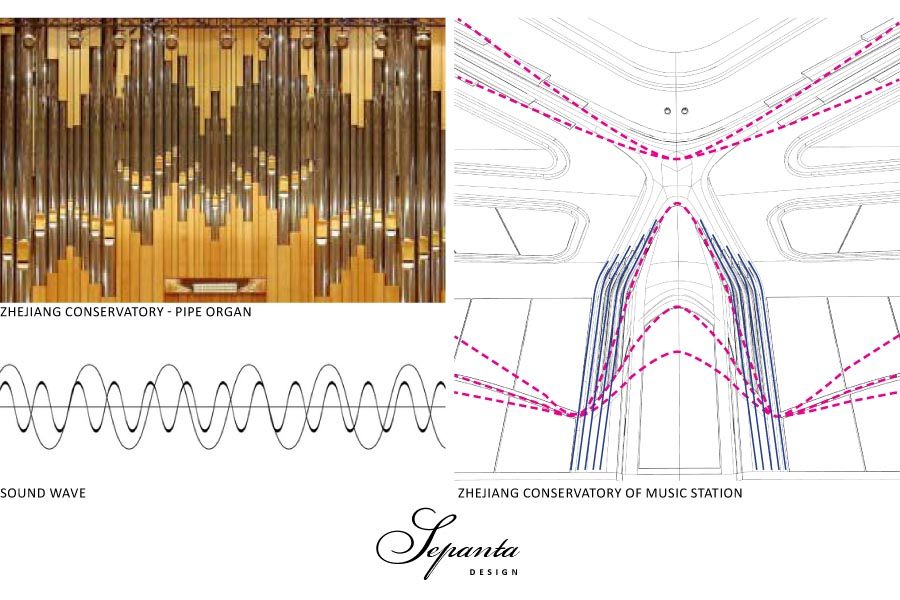 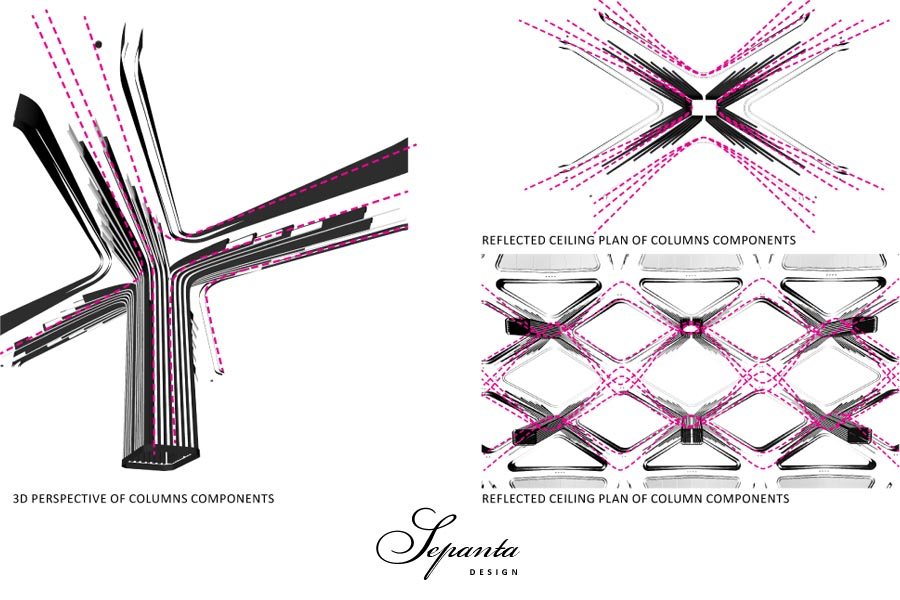 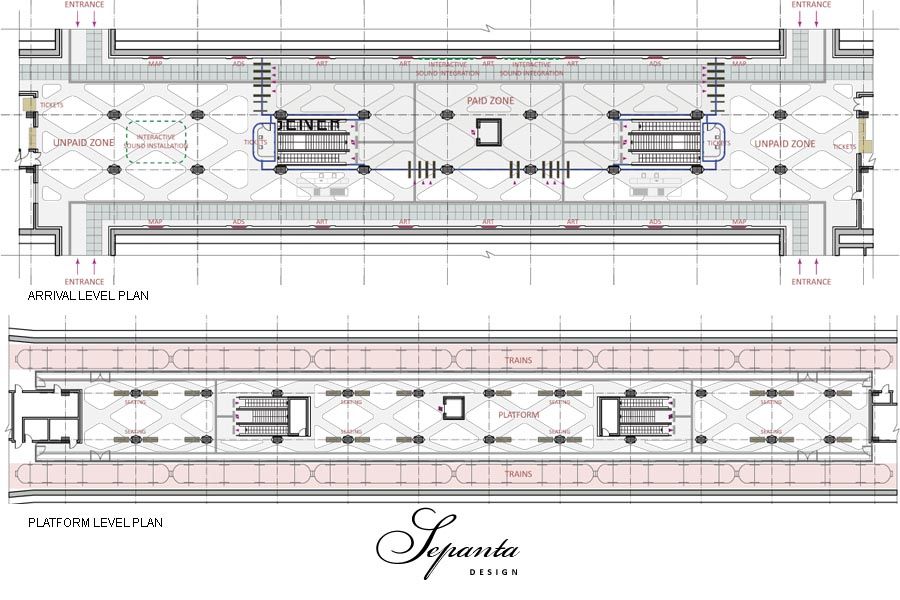 A short design exercise to propose an interiors concept for the platform and arrival level of Conservatory of Music Metro Station in Line 6 of Hangzhou, China. The interior design of this station was developed based on the theme of Music and Musical Instruments.

To develop the concept of this project, we looked at the sound waves representation as a reference for the design of the walls cladding. The Sine curve divides the wall, creating the cove for the integrated lighting feature.

Another element we looked at was making a reference to the new Zhejiang Conservatory Pipe organ. Although the wider public might not be aware of this recent addition, we believe that in the long term such reference will help to promote the Conservatory and Organ music culture.

For the column and ceiling fanning elements we drew inspiration from the elegant forms of Sheng – one of the oldest Chinese wind instruments. It was an important instrument in ancient music and was popular in the imperial palace and court processions. It has many pipes. The pipes are of different lengths. The pipes have been described as looking like the folded wings of a phoenix bird, a mythological creature.